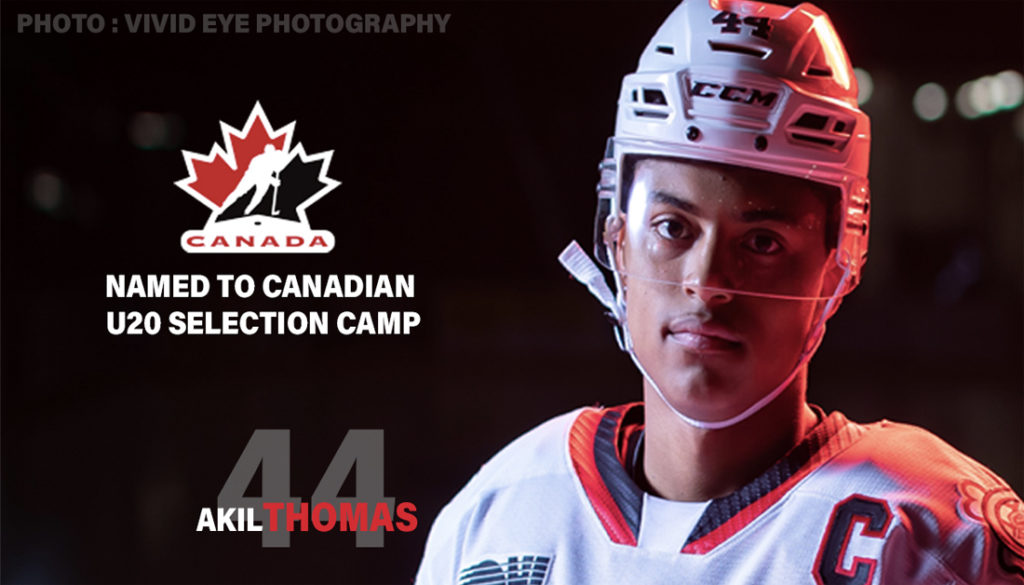 Niagara, ON – Hockey Canada has announced that Akil Thomas will be attending their NJT Selection Camp beginning December 9th in Oakville, ON. The camp is in preparation for the 2020 IIHF World Junior Hockey Championship, in Ostrava and Trinec in the Czech Republic.

“I’m super excited for this opportunity to earn a spot on the world junior roster. It’s been a long time dream of mine, watching them every Christmas. It would be a dream come true if I get selected.”

Thomas has previously won a gold medal with Canada’s National Men’s Summer Under-18 Team at the 2017 Ivan Hlinka Memorial Cup, and represented Team Canada White at the 2016 World Under-17 Hockey Challenge. Thomas also wore the red-and-white at the 2017 and 2018 IIHF U18 World Championship. Thomas was invited to the Canadian 2019 NJT U20 Summer Development Camp and played in both CIBC Canada-Russia series games this past November, and impressed many.