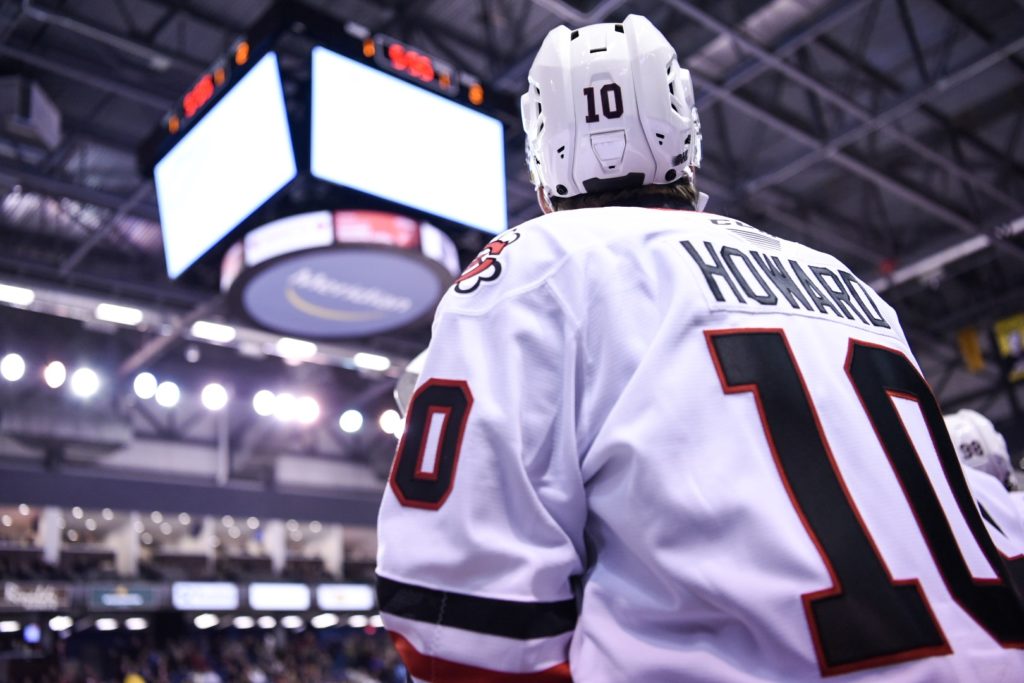 Tonight, your IceDogs took on their familiar rival, the North Bay Battalion. After competing in the Eastern-Conference Quarter-Finals last season, both teams looked very different on the ice for their first game against each other this season.

The IceDogs came out flying and got a shot on net less than 10 seconds into the game. Unfortunately, North Bay responded with a goal shortly after. Later in the first, Kyen Sopa picked off a missed Battalion drop pass in the IceDogs end. Sopa and Jackson Doherty did a give-and-go passing play before Sopa set up Phil Tomasino with the wide open net. North Bay squeaked a goal in on the powerplay and tallied another during 4 on 4 play to make the score 3-1. The period ended with the IceDogs leading in shots, 14-13.

The second period started with the Battalion getting a short handed goal. Jake Uberti got on the board with a powerplay marker 5:39 into the period with a tip off Drew Hunter’s shot from the point. Jonah De Simone picked up the second assist on the IceDogs second goal of the game. The Battalion tallied three more goals throughout the period. The score was 7-2 for North Bay going into the second intermission.

The Battalion score one early to extend their lead. The remainder of the period had quality scoring chances from Dakota Betts, Drew Hunter and Jonah De Simone. In net, Christian Sbaraglia stopped 8 of 9 shots in his direction. North Bay takes this one 8-2.

The next IceDogs game is back at the Meridian Center on Thursday, October 17th verse the Erie Otters.

Niagara IceDogs Present Staff with Token of Appreciation
17 hours ago