Tomasino named to Canadian U18 Team 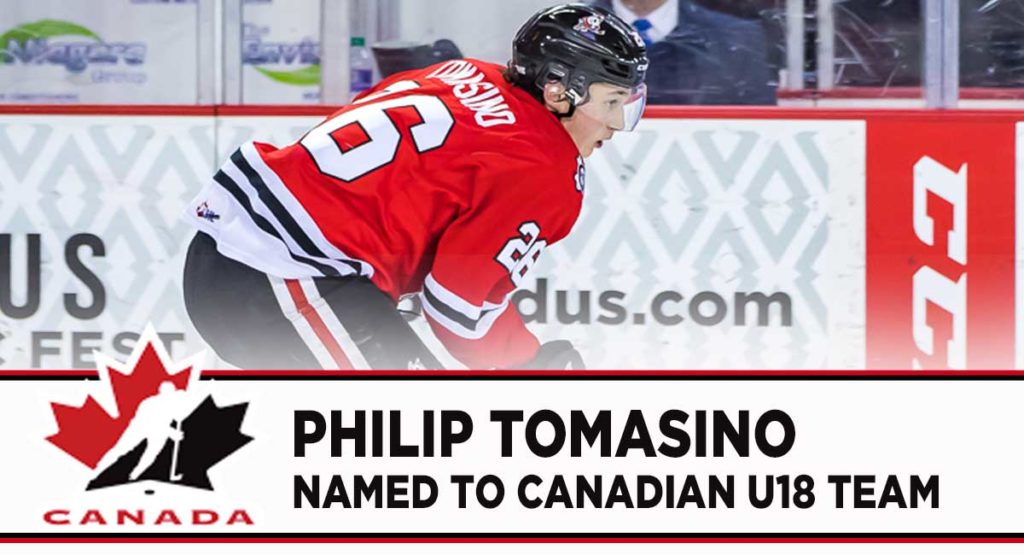 Hockey Canada announced this afternoon that Niagara IceDogs second-year forward Philip Tomasino will be representing his country on the international stage at the 2019 IIHF U18 World Championship, beginning tomorrow, April 18th.

This will be Tomasino’s first time representing Canada in an IIHF sanctioned tournament. He was named to Canada Black at the World U17 Hockey Challenge in 2017.

Tomasino and Canada will play Finland in their first game of the round robin tomorrow at 1:30pm. The full schedule for the 2019 IIHF U18 World Championship can be found here.

For all Philip Tomasino updates at the tournament, fans can follow along at @OHLIceDogs