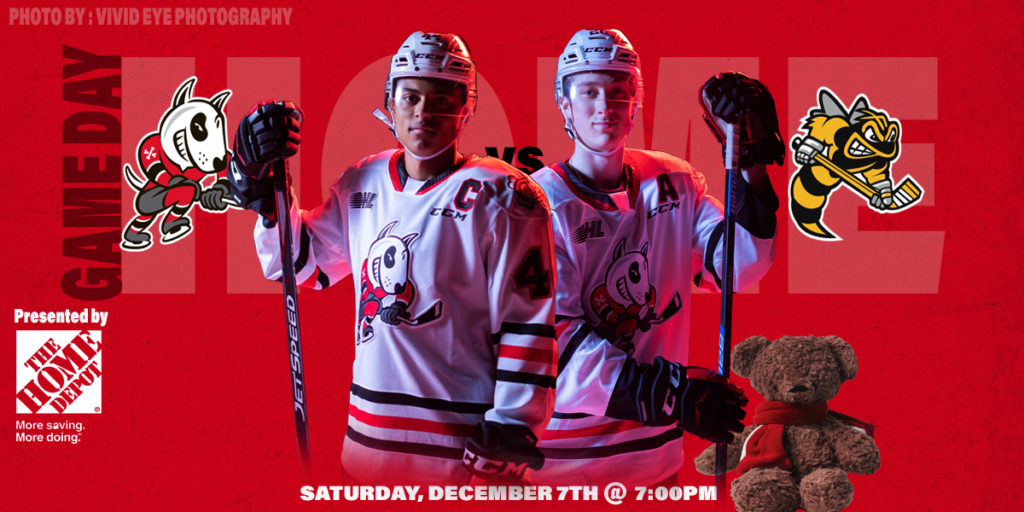 After a loss to the Soo Greyhounds on home ice two evenings ago, the IceDogs are looking to get back in the winning column. Recently, the ‘Dogs had a big win on the road over tonight’s opponent, the Sarnia Sting. The IceDogs won that game with a score of 5-2; Akil Thomas was named the first star and rookie goaltender Tucker Tynan was named the third star.

Rookie defenseman, Nolan Dillingham, stood out on the Sting last game picking up points on both of their goals. Dillingham is one of Sarnia’s six rookies this season. With three points in his last three contests, Dillingham is beginning to find his offensive grove and will be a player that the IceDogs will have to keep an eye on.

A big line for the IceDogs in Niagara’s game on Thursday night was made up of all rookies: Ethan Sims, Cameron Snow, and Anthony Agostinelli. Although their hard work was not shown on the scoreboard, this line was able to hold extended amounts of sustained pressure in the offensive end. Agostinelli displayed some confidence attempting to get quality shots on net. Cameron Snow showed off his speed while forechecking and Sims was all over the ice making hits to create plays against a large team. This is a line that if they keep doing the right things will start to appear on the score sheet.

Your Niagara IceDogs have an eventful game this evening! The ‘Dogs will be sporting Ugly Christmas Sweaters during the annual Teddy Bear Toss game. After the game, the bears will be donated to Victim Services of Niagara. The proceeds from the jersey auction are going to Community Care of St. Catharines and Thorold, and United Way Niagara. Lastly, with the holiday spirit of giving, we ask fans to bring a non-perishable food item to tonight’s game. The food items will be donated to Community Care.

Purchase tickets and head to the Meridian Center to cheer on your Niagara IceDogs. Tickets are starting as low as $15/person and can be purchased online HERE, or in person at the following locations: