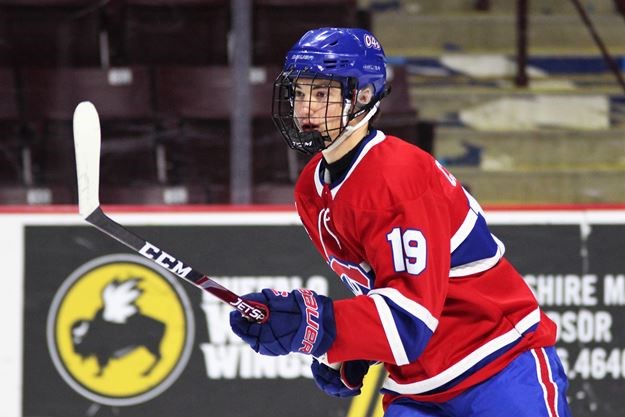 Niagara, ON | Niagara IceDogs’ General Manager Joey Burke announced today that the club has completed a trade with the Oshawa Generals, for the rights to 2020 OHL Priority Selection first round pick (13th overall), Aidan Castle.

In exchange, the IceDogs have traded the following picks in the Ontario Hockey League Priority Selection:

“This is an incredibly exciting trade for our organization and one we couldn’t be happier to be able to complete. Aidan is a player I have wanted in Niagara since his draft year and a guy that we heavily recruited ahead of the league shut down in 2020 and had hoped to been able to draft. Aidan plays a style that is a perfect fit for the way our coaching staff does things here, and there is not a doubt in my mind he will fit in great here in Niagara. Aidan really brings the whole package and does everything at a high level combining high end feet with huge offensive upside, a detailed style away from the puck and has toughness to his game. To be able to add a first round caliber player is rare in this league and that’s what we have here and we couldn’t be more excited to add Aidan to the IceDogs family. While we are still working with the family and agency on having Aidan commit to Niagara officially, we are very confident that Aidan will be with us in Niagara this season.”

Known for his skating, Castle brings a high end skill set, ability to create offensive opportunities both on the rush and in a cycle, and a strong work ethic. He’s been described as an intelligent playmaker with an accurate release.

IceDogs Finish Back to Back Series Vs. Bulldogs
5 days ago

IceDogs Fall to Bulldogs 4-0
7 days ago